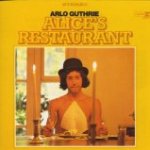 Walk right in, it's around the back

Now it all started two Thanksgivings ago, was on - two years ago on

restaurant, but Alice doesn't live in the restaurant, she lives in the

church nearby the restaurant, in the bell-tower, with her husband Ray and

room downstairs where the pews used to be in. Havin' all that room,

seein' as how they took out all the pews, they decided that they didn't

have to take out their garbage for a long time.

a friendly gesture for us to take the garbage down to the city dump. So

we took the half a ton of garbage, put it in the back of a red VW

microbus, took shovels and rakes and implements of destruction and headed on toward the city dump.

dump saying, "Closed on Thanksgiving." And we had never heard of a dump

closed on Thanksgiving before, and with tears in our eyes we drove off

into the sunset looking for another place to put the garbage.

cliff there was another pile of garbage. And we decided that one big pile

is better than two little piles, and rather than bring that one up we

decided to throw ours down.

That's what we did, and drove back to the church, had a Thanksgiving

dinner that couldn't be beat, went to sleep and didn't get up until the

next morning, when we got a phone call from officer Obie. He said, "Kid,

garbage, and just wanted to know if you had any information about it." And

and pick up the garbage, and also had to go down and speak to him at the

police officer's station. So we got in the red VW microbus with the

the police station, and the first was he could have given us a medal for

being so brave and honest on the telephone, which wasn't very likely, and

we didn't expect it, and the other thing was he could have bawled us out

and told us never to be see driving garbage around the vicinity again,

which is what we expected, but when we got to the police officer's station

there was a third possibility that we hadn't even counted upon, and we was

both immediately arrested. Handcuffed. And I said "Obie, I don't think I

can pick up the garbage with these handcuffs on." He said, "Shut up, kid. Get in the back of the patrol car."

quote Scene of the Crime unquote. I want tell you about the town of

Stockbridge, Massachusets, where this happened here, they got three stop

signs, two police officers, and one police car, but when we got to the

being the biggest crime of the last fifty years, and everybody wanted to

get in the newspaper story about it. And they was using up all kinds of

cop equipment that they had hanging around the police officer's station.

one was to be used as evidence against us. Took pictures of the approach,

wallet and your belt." And I said, "Obie, I can understand you wanting my

wallet so I don't have any money to spend in the cell, but what do you

said, "Obie, did you think I was going to hang myself for littering?"

toilet seat so I couldn't hit myself over the head and drown, and he took

out the toilet paper so I couldn't bend the bars, roll out the - roll the

toilet paper out the window, slide down the roll and have an escape. Obie

was making sure, and it was about four or five hours later that Alice

nasty words to Obie on the side, bailed us out of jail, and we went back

to the church, had a another Thanksgiving dinner that couldn't be beat,

and didn't get up until the next morning, when we all had to go to court.

pictures, and the judge walked in sat down with a seeing-eye dog, and he

sat down, we sat down. Obie looked at the seeing-eye dog, and then at the

and a paragraph on the back of each one, and looked at the seeing-eye dog.

and arrows and a paragraph on the back of each one and began to cry,

blind justice, and there wasn't nothing he could do about it, and the

one explaining what each one was to be used as evidence against us. And

we was fined $50 and had to pick up the garbage in the snow, but thats not

what I came to tell you about.

I came to talk about the draft.

where you walk in, you get injected, inspected, detected, infected,

neglected, and selected. I went down to get my physical examination one

day, and I walked in, I sat down, got good and drunk the night before, so

I looked and felt my best when I went in that morning. 'Cause I wanted to

look like the all-American kid from New York City, man I wanted, I wanted

to feel like the all-, I wanted to be the all American kid from New York,

and I walked in, sat down, I was hung down, brung down, hung up, and all

kinds o' mean, nasty, ugly things. And I walked in and sat down and they gave

KILL, KILL." And I started jumpin up and down yelling, "KILL, KILL," and

yelling, "KILL, KILL." And the Sergeant came over, pinned a medal on me,

Didn't feel too good about it.

Proceeded on down the hall gettin more injections, inspections,

detections, neglections and all kinds of stuff that they was doin' to me

at the thing there, and I was there for two hours, three hours, four

hours, I was there for a long time going through all kinds of mean nasty

ugly things and I was just having a tough time there, and they was

inspecting, injecting every single part of me, and they was leaving no

part untouched. Proceeded through, and when I finally came to the see the

last man, I walked in, walked in sat down after a whole big thing there,

one question. Have you ever been arrested?"

And I proceeded to tell him the story of the Alice's Restaurant Massacree,

the phenome... - and he stopped me right there and said, "Kid, did you ever

the back of each one, and he stopped me right there and said, "Kid, I want you to go and sit down on that bench that says 'Group W'... NOW, kid!!"

And I, I walked over to the, to the bench there, and there is, Group W's

committing your special crime, and there was all kinds of mean, nasty, ugly-looking people on the bench there. Mother rapers. Father stabbers. Father

rapers! Father rapers sitting right there on the bench next to me! And

bench next to me. And the meanest, ugliest, nastiest one, the meanest

father raper of them all, was coming over to me and he was mean 'n' ugly

'n' nasty 'n' horrible and all kind of things, and he sat down next to me

And I said, "Littering." And they all moved away from me on the bench

there, and the hairy eyeball and all kinds of mean nasty things, till I

said, "...and creating a nuisance." And they all came back, shook my hand,

and we had a great time on the bench, talkin' about crime, mother stabbing,

father raping, all kinds of groovy things that we was talking about on the

bench. And everything was fine, we was smoking cigarettes and all kinds of

things, until the Sergeant came over, had some paper in his hand, held it up and said,

forty-five minutes and nobody understood a word that he said, but we had

fun filling out the forms and playing with the pencils on the bench there,

and I filled out the massacree with the four part harmony, and wrote it

down there, just like it was, and everything was fine and I put down the

pencil, and I turned over the piece of paper, and there, there on the

other side, in the middle of the other side, away from everything else on

the other side, in parentheses, capital letters, quotated, read the

("KID, HAVE YOU REHABILITATED YOURSELF?")

I went over to the Sergeant, said, "Sergeant, you got a lot a damn gall to

'cause you want to know if I'm moral enough join the Army, burn women,

kids, houses and villages after bein' a litterbug." He looked at me and

said, "Kid, we don't like your kind, and we're gonna send you fingerprints

And friends, somewhere in Washington enshrined in some little folder, is a

study in black and white of my fingerprints. And the only reason I'm

situation, or you may be in a similar situation, and if your in a

the shrink wherever you are ,just walk in say "Shrink, You can get

anything you want, at Alice's restaurant.". And walk out. You know, if

one person, just one person does it they may think he's really sick and

they won't take him. And if two people, two people do it, in harmony,

they may think they're both faggots and they won't take either of them.

singin a bar of Alice's Restaurant and walking out. They may think it's an

organization. And can you, can you imagine fifty people a day,I said

walking out. And friends they may thinks it's a movement.

And that's what it is , the Alice's Restaurant Anti-Massacre Movement, and

With feeling. So we'll wait for it to come around on the guitar, here and

sing it when it does. Here it comes.

That was horrible. If you want to end war and stuff you got to sing loud.

I've been singing this song now for twenty five minutes. I could sing it

for another twenty five minutes. I'm not proud... or tired.

So we'll wait till it comes around again, and this time with four part

We're just waitin' for it to come around is what we're doing. 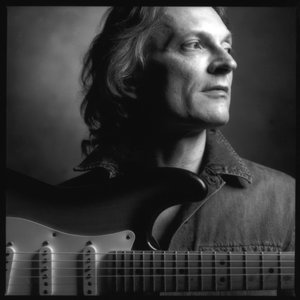 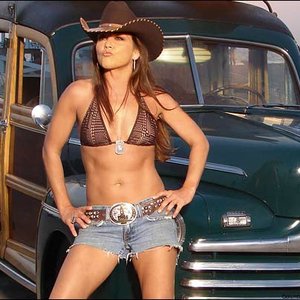 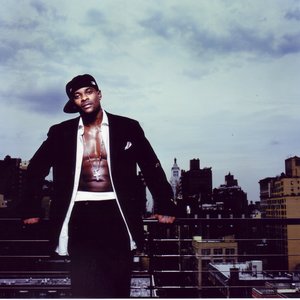 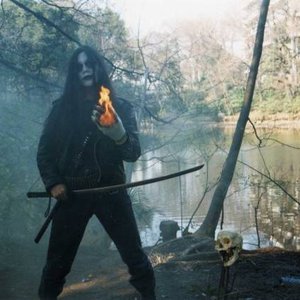