Once upon a time there was a little boy who

Grown-ups said "Get that thing out of here!"

Not only that, the boy's father was a gettin'

in trouble. He was a magician. He had a

things disappear. But the father played too

many tricks on people. Somebody doing a

father with his magic wand, 'Zoop!' no saw.

Come to someone about to drink a nice cold

glass of something, 'Zoop!' the glass

disappears, He'd come to someone about

to sit down after a hard day's work, 'Zoopl'

People said to the father, "You get out

of here, too. Take your magic wand and

your son!" The boy and his father were

ostracized. That means they made them

live on the edge of town.

Now in this town they used to tell stories.

The old people used to tell stories about

the giants that lived in the old days They

used to tell a story about a giant called

Abiyoyo. They said he was as tall as a

Of course, nobody believed it, but they

One day, one day, the sun rose, blood red

over the hill. And the first people got up

and looked out of their window, they saw a

great big shadow in front of the sun. And

they could feel the whole ground shake.

He came to the sheep pasture, grabs a

Daniel, "Grab your most precious

possessions and run! Run!" Just then the

boy and his father woke up "Hey, Paw,

that's Abiyoyo. Oh, if I could only get him

to lie down, I could make him disappear."

The boy said "Come with me, Father." He

grabs his father by one hand. The father

gets the magic wand, the boy gets the

ukelele. They run across the field. People

yelled, "Don't go near him! He'll eat you

alive!" There was Abiyoyo. He had long

fingernails cause he never cut 'em.

Slobbery teeth, cause he didn't brush

them. Stinking feet, 'cause he didn't wash

'em. He raised up with his claws, the boy

whips out his ukelele and starts to sing.

Well, you know the giant had never heard a song

about himself before, and a foolish grin spread

over the giant's face. And the giant started to

got out of breath. He staggered. He fell down flat

on the ground 'Zoop!, Zoop!' people looked out

They ran across the fields. They lifted the boy

and his father up on their shoulders. They said,

"Come back to town. Bring your damn ukelele,

we don t care anymore!" And they all sang: 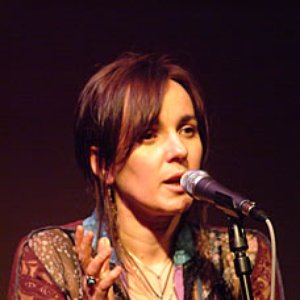 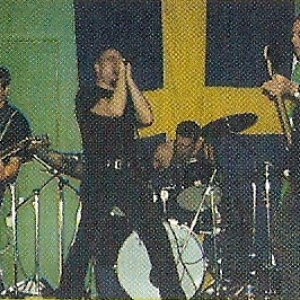 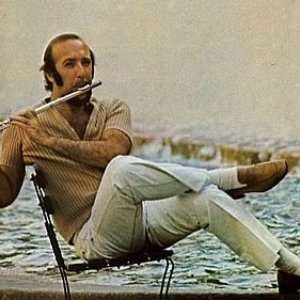